Finally a working Barnacle that sticks to ceilings! The Barnacle will on spawn attempt to stick to the ceiling above it if it is within range. I imposed a height limit to minimize the number of tentacles sticking to the skybox textures. If something is in the way or another tentacle is already there it will teleport and try again at a new location. If after 50 attempts it still cannot find a spot to stick to, it will kill itself.

The barnacle has a long tongue that hangs down. Players that run into this will get caught and start to be pulled up into the Barnacles mouth where they will be eaten. The Barnacle can be configured to eat other monsters and even some projectiles such as Bio globs, Redeemers, Shock Balls, Spider Mines, Sticky Grenades and Translocator beacons.

2009 Barnacle requires you have the HL2MonstersLite3 installed. 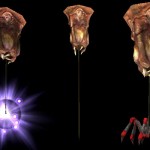 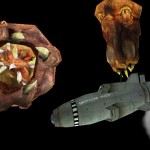 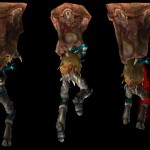 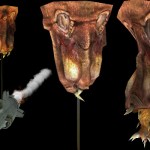